Situated on the south coast of the island, Ponta do Sol is currently the county seat, and has about 8,200 inhabitants in its area of 43.3 km2.
This is considered the hottest municipality of the island; it is also here where the sun shines for more hours.

Economic activity is based on the primary sector, which includes agriculture, predominantly the production of sugar cane, banana, horticulture and floriculture. Another highlight is the traditional trade and hotels. In the municipality there is a company exporting plants.

This municipality has the Paul da Serra, which is distinguished for being the only plateau on the island of Madeira, and this at an altitude of 1,500 m. This site has unique natural features, due to its size and location, as nuclei of indigenous vegetation, wildlife species and migratory birds. In Paul da Serra there are wind turbines that produce electricity in a non-polluting manner.

In this town you can also visit the Ponta do Sol Pier, Lagoa do Lugar de Baixo and the Subtropical Floriculture Centre.

This municipality is divided into the parishes of Ponta do Sol, Canhas and Madalena do Mar.


Ponta do Sol owes its name to the presence of an edge of rock that goes into the sea, and which reflects the sun's rays.

At historical-cultural level here is the church of Nossa Senhora da Luz, known for its woodcarvings and images, and Lugar de Baixo Palace, which features a romantic style.

Another highlight is the traditional trade and hotels. In the municipality there is a company exporting plants.

Historically, the main sources of income in this region has been agriculture, fishing and trade. Ponta do Sol's main harbour, although small, was a crucial commercial gateway to the western part of the island. These importation and exportation businesses fostered the creation of new activities in what became the central part of the community and created a flow of goods into the hinterland (such as local and imported goods).

Today, commercial activity is scattered throughout the municipality, while the port area of Ponta do Sol has declined in importance. In its place, the economy of the municipality has been dispersed to other parishes, particularly Canhas, which were essentially agricultural parishes, but have developed into important economic nodes, while still retaining its rural landscape. While agriculture remains the primary activity in the interior, and the fisheries industry has declined significantly, construction and industrial enterprises have conquered a prominent role in the municipality. The service industry, particularly tourism, has carved-out a portion of the income stream, with high-quality hotels or residential inns located in the countryside and urban centres. 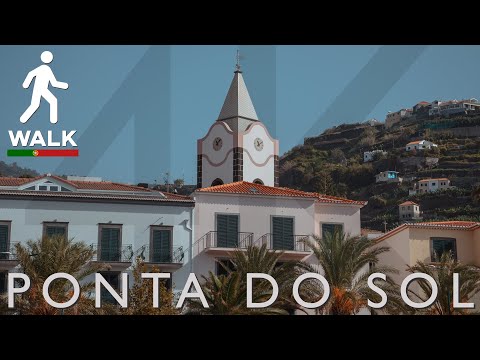