Added 4 years ago by vindheim
138 Views
The day after lapping theMercedes-AMG GT Raround the Algarve International Circuit near Portimao, Portugal, Mercedes flipped me the keys to the AMG GLC43 Coupe for an hour-plus tour around the hilly countryside. Nothing too extreme or unusual - just the sort of back roads you might end up on during a weekend getaway with the spouse or the whole family. Or by yourself because those damn holidays really took their toll. We won't judge.

Now, the car for such a getaway would be the high-performance version of the fastback four-door "Coupe" version of a vehicle that is effectively the crossover SUV version of the Mercedes-Benz C-Class. There's just never a flowchart around when you need one. Yet, as I discovered, the 2017 Mercedes-AMG GLC43 Coupe isn't as nonsensical as its name and origins would indicate.

The drive starts swimmingly. I push the start button and the turbo-six thrums to life along with the Burmester sound system that was left tuned to a Portuguese radio station. "In the Navy" starts blaring over 14 speakers. Must ... not ... fill ... review ... with ... Village People references.


Though the mountain roads around Portimao are well paved, those around the hotel are not. There are cracks, potholes, and stretches that have been ripped up to be redone at some point in the future. Such unpleasantness draws attention to the GLC43's standard Air Body Control adaptive suspension. Compared to the GLC300's optional version, the GLC43's is retuned and modified with special steering knuckles and load-bearing joints to increase rigidity, and comes with lighter spring components to reduce unsprung mass. There is also some extra negative camber dialed in at all four corners. It's all done for the sake of agility (more on that later), but when left in Comfort mode, the suspension probably won't beat you up over potholes. There is certainly some extra impact harshness from the 20-inch wheels, but those air dampers do their typical magic of providing a comfortable ride despite all that go-fast gear. 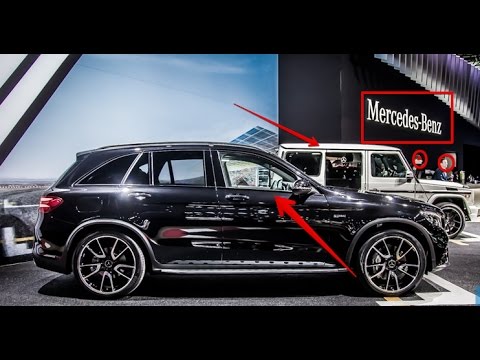 The day after lapping theMercedes-AMG GT Raround the Algarve International Circuit near Portimao, Portugal, Mercedes flipped me the keys to the AMG GL...